Let me preface this post with this disclaimer- these are MY thoughts only. I have NO evidence or experiences to back this up. These are only MY thoughts...
Bullying is a situation that is in the news quite a bit lately. As the mother of a 6 year old, I am very aware of bullying and the consequences it has on children. We have been very lucky so far not to have any bullying issues with my son.
But, a situation occurred to me this week that made think about bullies. I found the following description of bullying, which I think is pretty clear:
Bullying behavior may include name calling, verbal or written abuse, exclusion from activities, exclusion from social situations, physical abuse, or coercion. Bullies may behave this way to be perceived as popular or tough or to get attention. They may bully out of jealousy or be acting out because they themselves are bullied.
When we hear about a bullying situation with children, we tell the kids to tell a parent or a an authority figure, such as a teacher or principal. We then rely on that authority figure to put an end to the bullying. Often that authority figure talks to the parent about the child, and asks the parent to help end the bullying.
But what if the parent themselves is a bully? Yep- there are parents out there who bully, or try to bully, other adults. Usually, parents don't engage in physical bullying like kids do- parents most often engage in verbal, social or cyber bullying. So how do you expect that parent to help stop the behavior of their kids when they are engaging in that same behavior? Of course, I bet most parents who engage in bullying would say that they would NEVER bully anyone and wouldn't condone their kids being a bully. But, actions speak louder than words.
Believe, I am not saying that I am a perfect parent... Hubby and I often say that we aren't putting money in a college fund, it's going into a future therapy fund. These are just some thoughts that occurred to me after what could be perceived as a social and cyber bullying event this week. They are MY thoughts, and MY thoughts only...
Posted by Jennifer at 9:04 AM No comments:

Wordless Wednesday- What can make any day better? 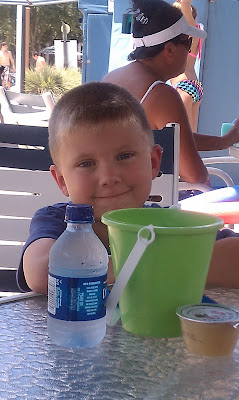 Breaking News: I am NOT perfect...
Lately, it seems that because I am a Disney fan, I am expected to be perfect- I shouldn't curse, I should always be overly chipper and unfailingly polite.
Guess what- I fail all three of those criteria. I have been known to curse a little (or sometimes a lot). I try not to do it around children, but it happens. And I think that anyone who knows me will quickly agree that I am more along the lines of sarcastic and snarky than chipper and polite. But this doesn't make me a bad person.
Being a Disney fan doesn't mean you have to be perfect. Yes, Disney has an image of family friendly, but they too have a little bit darker side. They own ABC, which produces shows like Desperate Housewives. They have produced the Pirates of the Caribbean movies, which include drinking and cursing. And even good ol' Walt liked an occasional cigarette and drink. And I'll bet there was some less than 'family friendly' language used in some Disney board meetings.
I have many friends who are Disney fans- and none of them are perfect either. I am a Disney fan- not a Disney employee. I do not represent Disney in any fashion. And being a Disney fan isn't the only thing that defines me. I love NASCAR racing, kickboxing, running, reading, my family... the list goes on. Being a Disney fan is one part of who I am.
It's taken me 35 years to become really happy with who I am- imperfections and all.
Posted by Jennifer at 6:34 PM 2 comments:

No Second Round- Now what?

Well, for the third year in a row, I didn't make it past the first round of applications for the WDW Moms Panel. This year, it seems very few people made it into the second round. Although everything I know is based on rumors and people self-reporting, it appears that only about 40 people have made it into round 2. This is about 1/5 of the expected 200 people. And I don't know any of the people that made it- even peripherally.
This whole thing strikes me as odd. If Disney truly did go from 20,000 people to less than 50, they missed WAY too many excellent candidates. Before you jump down my throat, I'm not saying that the ones that moved onto Round 2 aren't worthy- just that there are so many others out there too. And I find it odd that I don't know any of them- and my friends don't know any of them either. Between all of us, we know over a thousand on-line Disney fans... It just strikes me as odd...
So, how does that leave me feeling? I'm a little disappointed, but I didn't really expect to make it into Round 2 anyway. I am more disappointed for some of my friends who I believe who have been an AMAZING addition to the panel. And honestly, the way this whole process is playing, leaves me feeling a 'blah' about the whole thing. With so few people appearing to move on to Round 2, there is very little on-line buzz about the panel. I guess we'll all go back to living our lives like we did before we submitted our applications on Sept. 13.
Posted by Jennifer at 7:51 AM 9 comments:

Epic October has come and gone, but I will definitely carry the memories from last weekend with me forever. I met so many wonderful people and had so many amazing experiences. 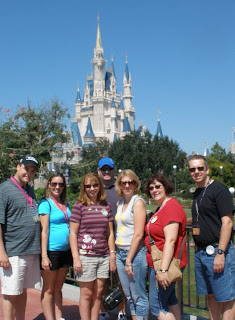 Here are just a few of the many highlights of the weekend. 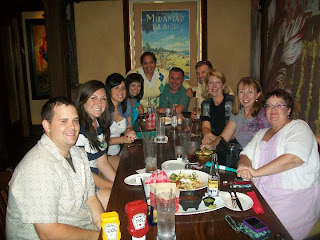 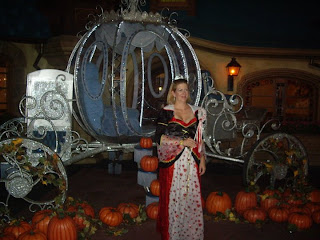 Cinderella's Coach at MNSSHP
I could go on and on and on, but I'll force myself to stop now. And to everyone I met this weekend, thank you for helping make this such an amazing weekend.
And to those special few people, until next time!
Posted by Jennifer at 12:46 PM 5 comments: